Brief: To create an exhibition in Dubai’s Design District, in the atrium of a building by Foster Associates, supporting the display of 140 graduate design projects from over 40 countries.

In order to support a hugely diverse range of content in an architecturally powerful space we proposed to create a dynamic but humble structure that could be easily erected and reused, flexible and responsive to the demands of the display material.

The exhibition landscape had to be legible and coherent, creating tension between the architectural envelope and the infrastructure, taking ownership of the atrium while allowing the exhibits to be the focus of the event.

The structure – a softwood timber frame, dry assembled with exposed super screws – was inspired by Hollywood set building, the work of Superstudio and the notion of the endless grid. While it explored the horizontal and vertical limits of the available space, the open grid created transparency so the visitor could glimpse all the exhibits and be drawn further in to the show.

On a localized level the flexible framing structure provided elements of separation, but also allowed participants to build a context around their work, encouraging them to invite a level of corruption from surroundings pieces. From a broader perspective the timber grid represented a sprawling cityscape, immersing the visitor in ideas and projects from the future of international design. To avoid fatigue the display system contained break-out piazzas, swings and a small lecture theatre with tiered seating to encourage contemplation and discussion. 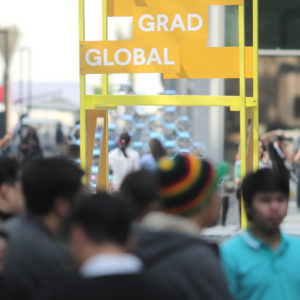 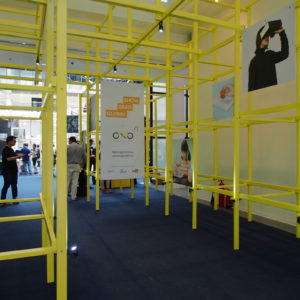 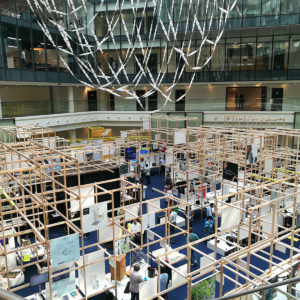 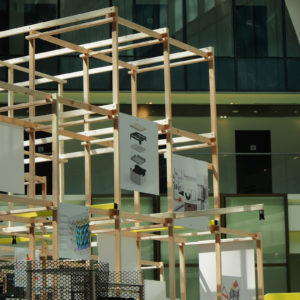 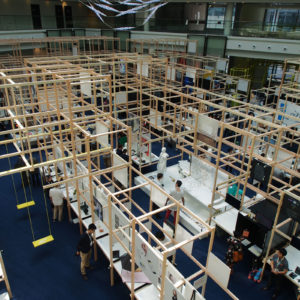 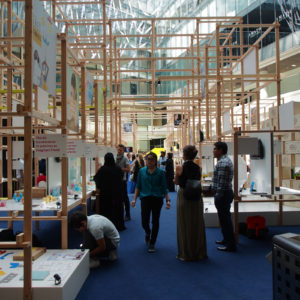 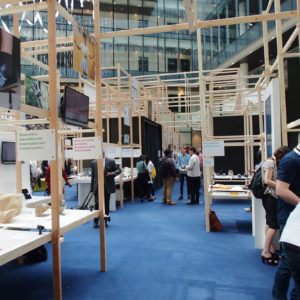 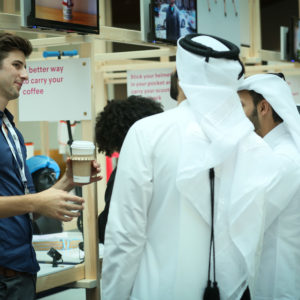 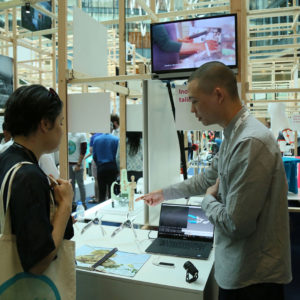 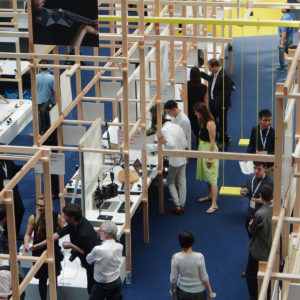 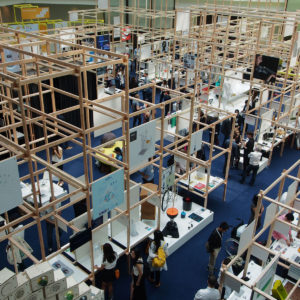 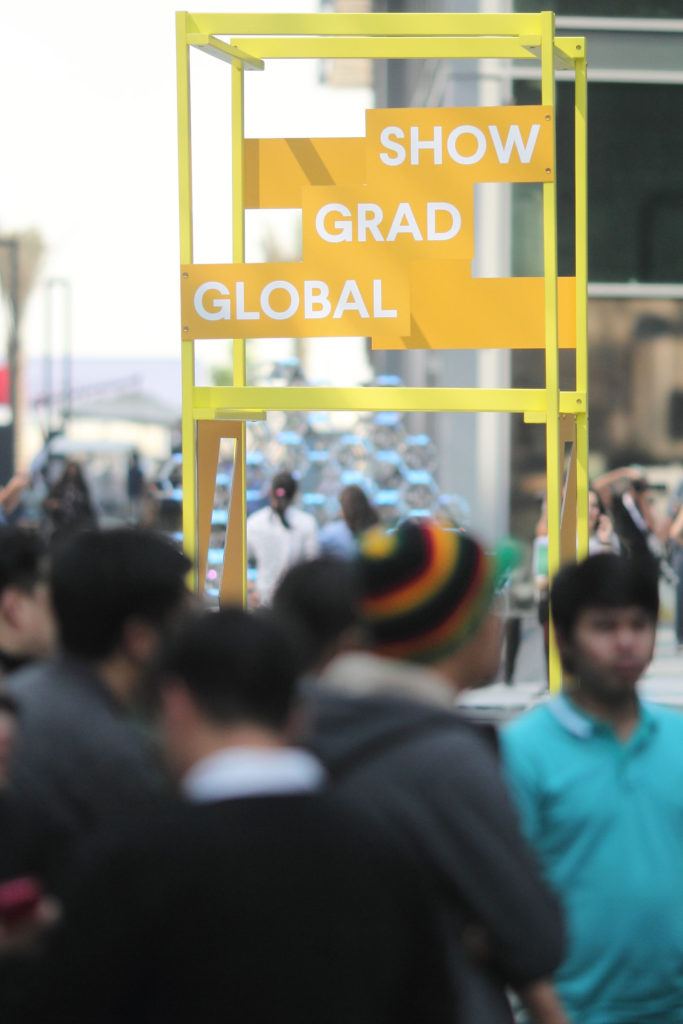 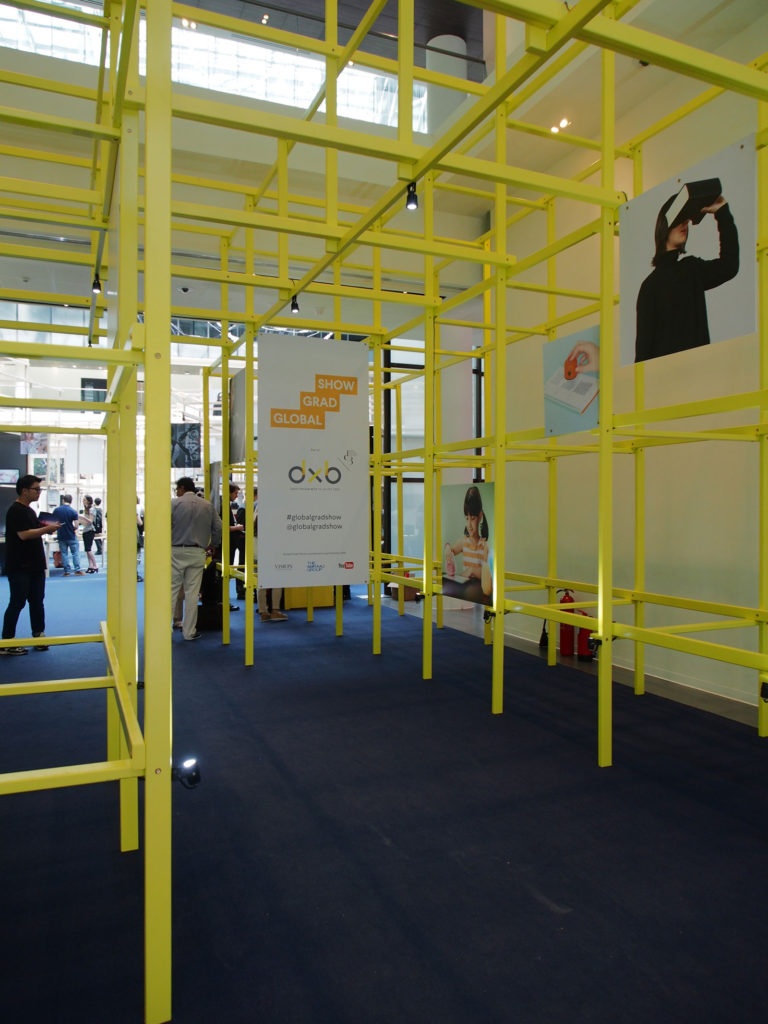 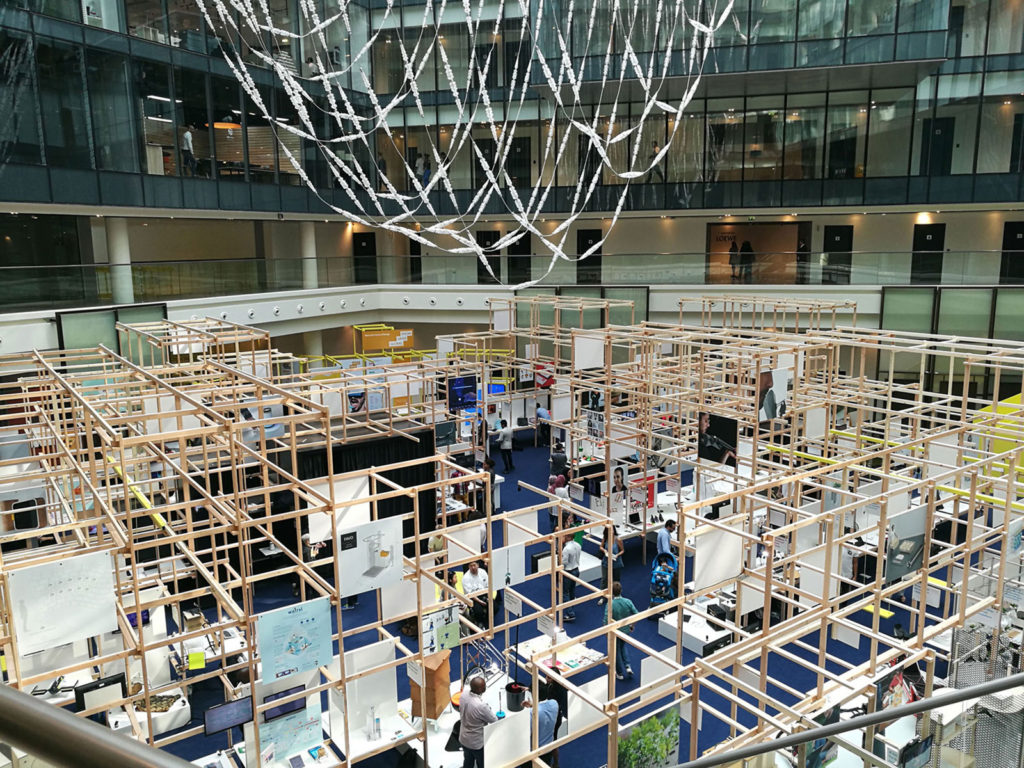 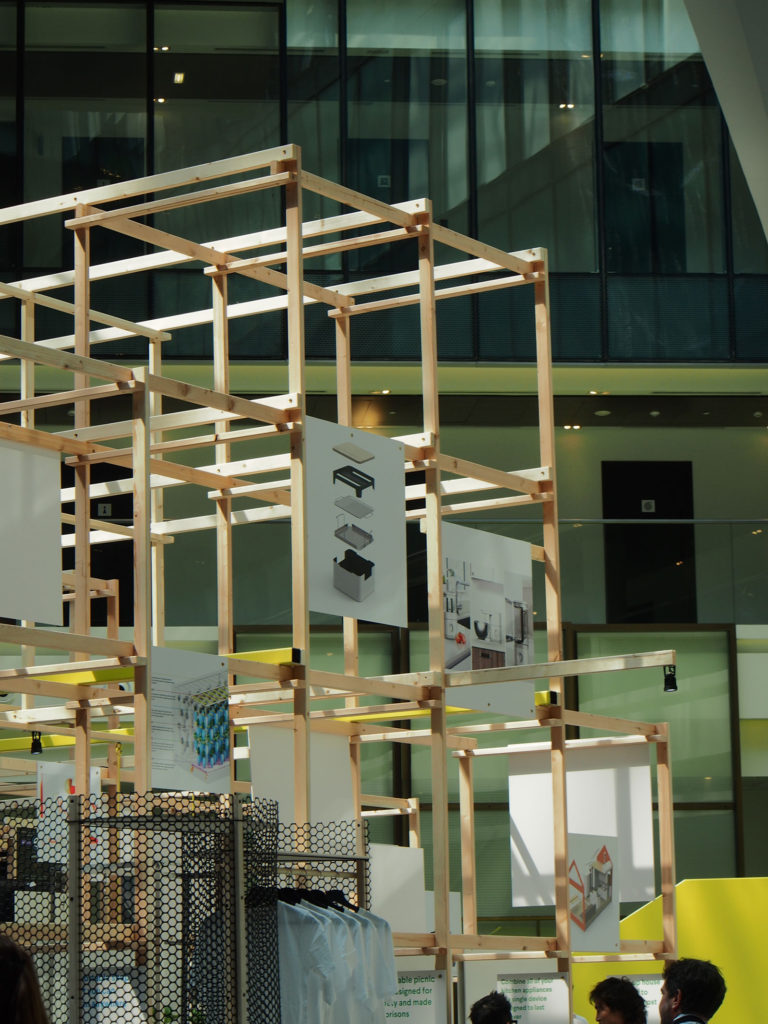 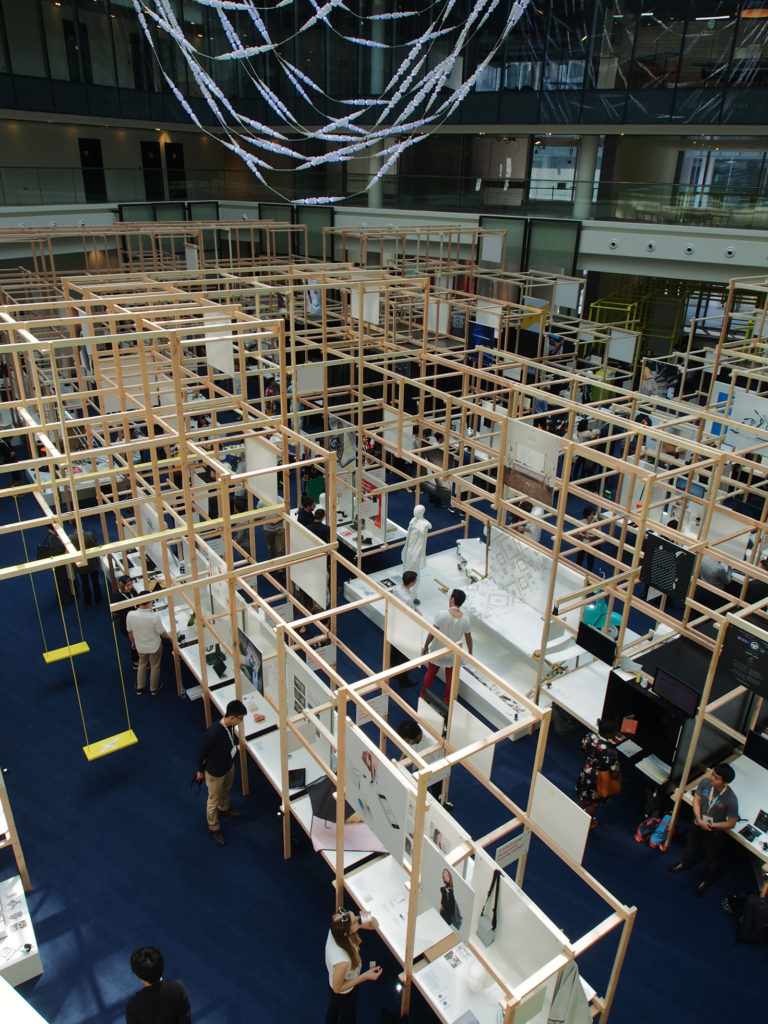 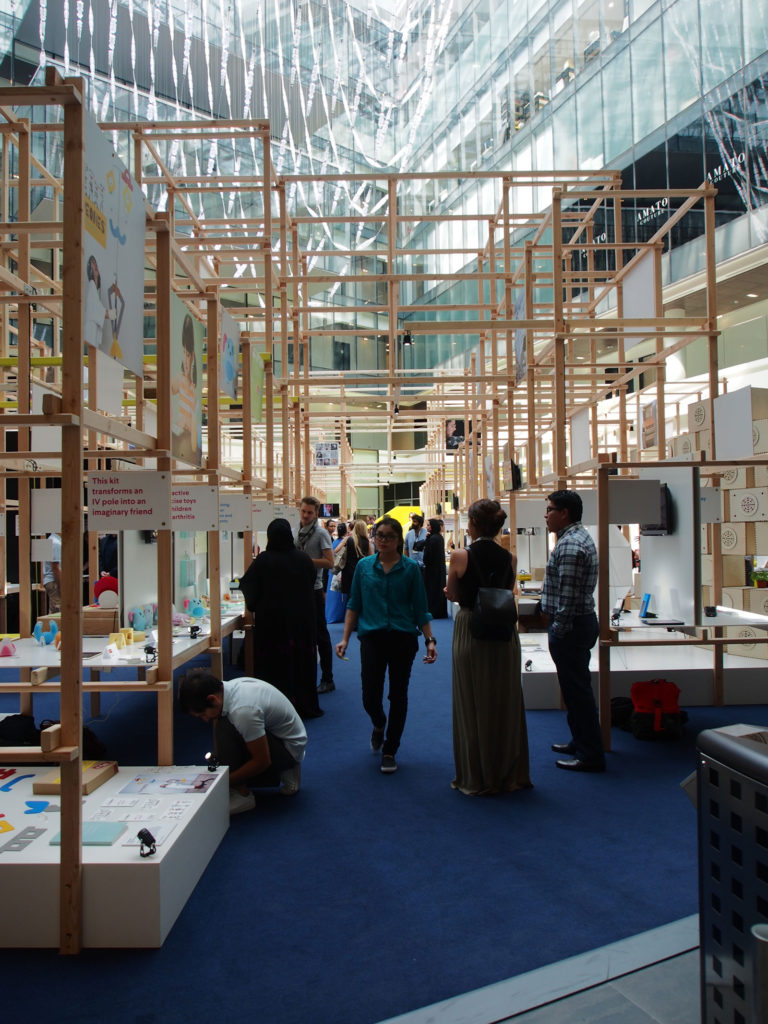 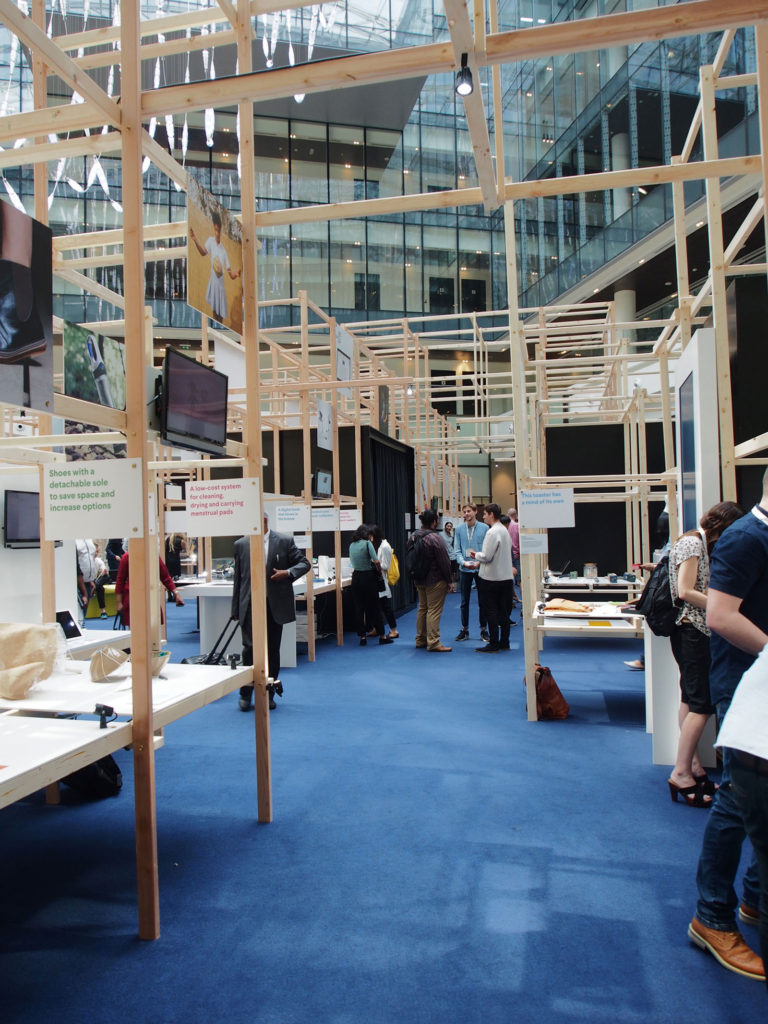 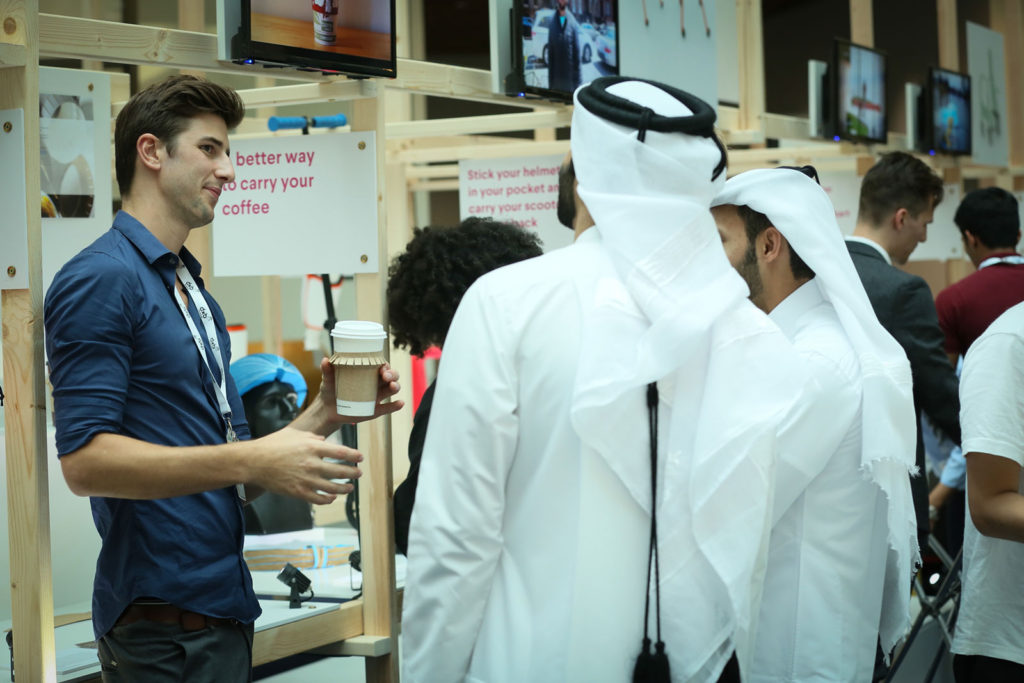 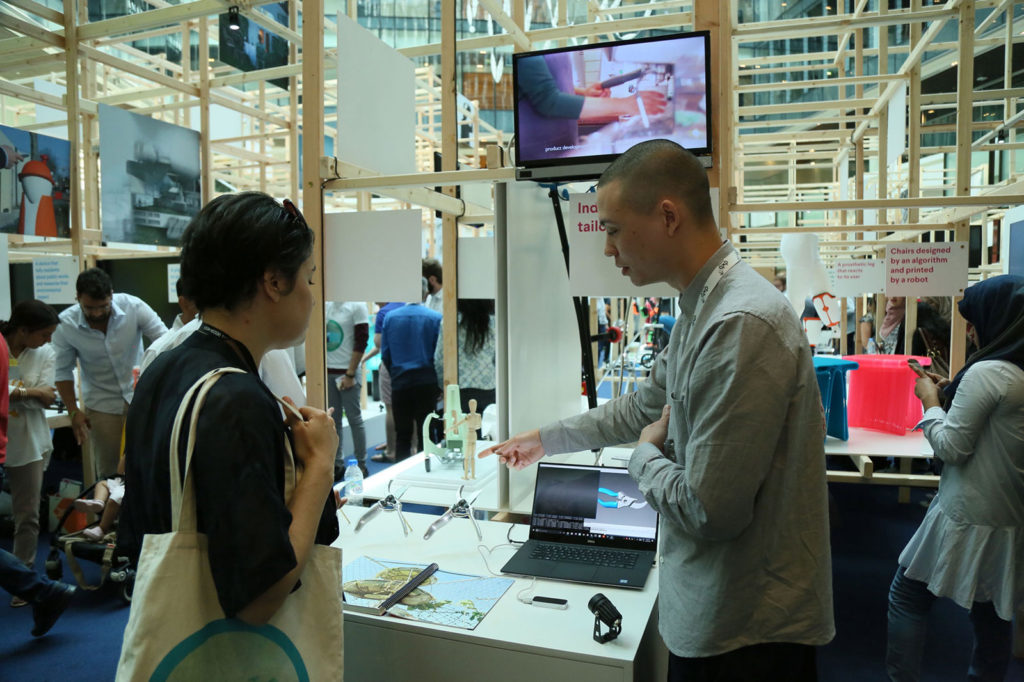 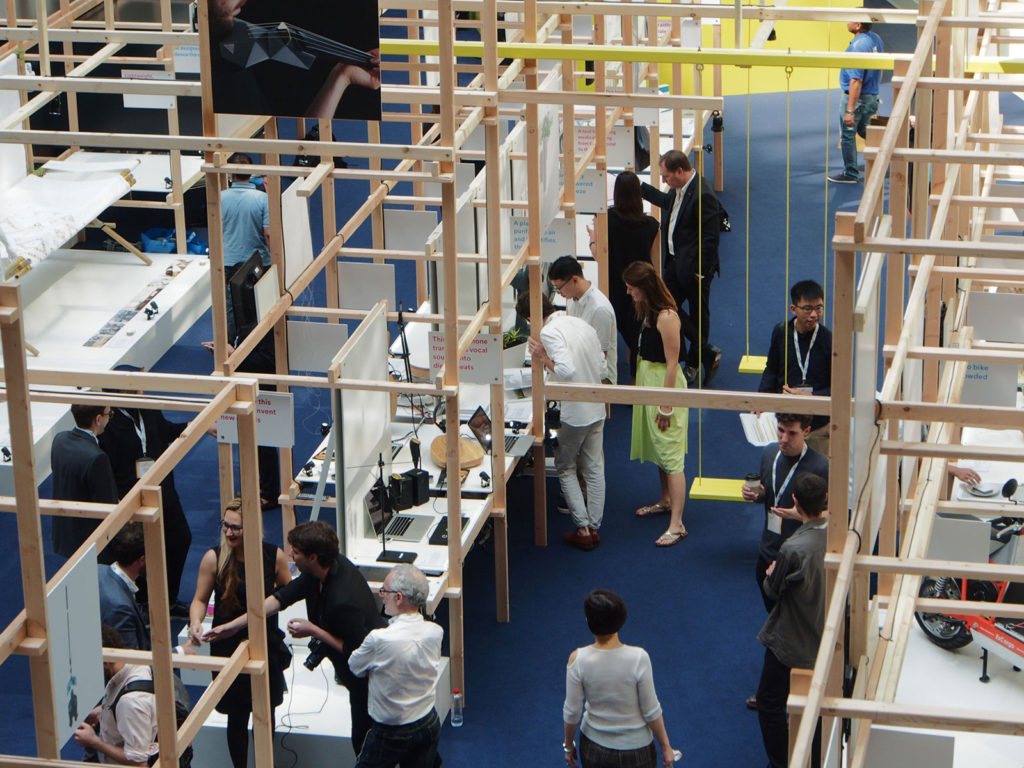 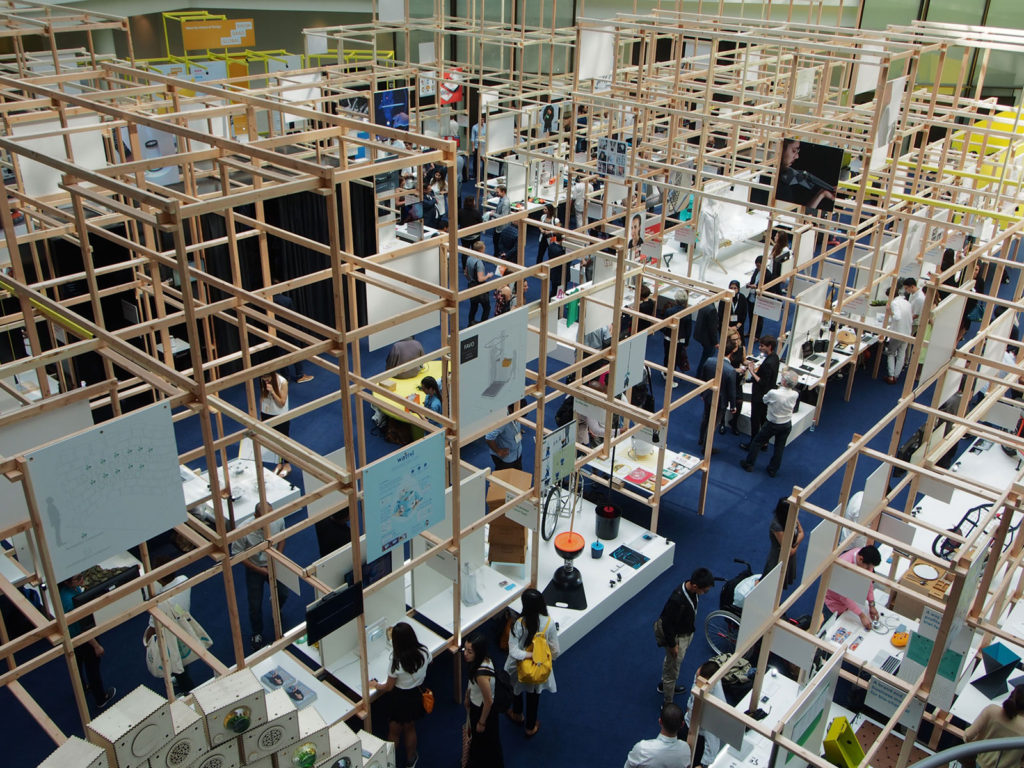 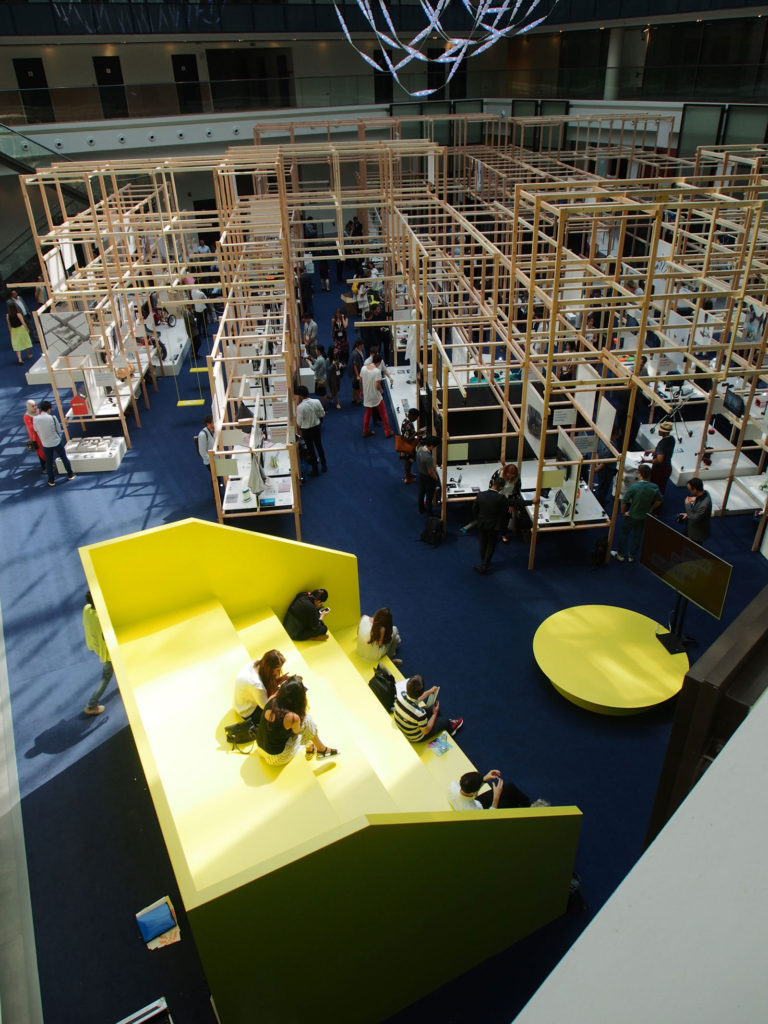